Last year, Saregama and Sharechat had inked a global licensing deal which enabled use of Saregama catalogue for social media experiences on Sharechat and Moj. In the suit filed before the Delhi High Court, Saregama submitted that the agreement dated September 4, 2020 has expired on March 31, 2021. Saregama claimed that despite the expiry of the license agreement, Sharechat’s library feature was still allowing access to Saregama’s repertoire in blatant infringement of Saregama’s copyright. Saregama further submitted that there is another aspect in the suit in relation to Sharechat claiming to be an intermediary which Saregama claims is not the correct position. However, at the ad-interim stage, Saregama pressed only for injunction qua the library feature of Sharechat.

Mohalla Tech on the other hand submitted before the court that the contents of the music library of Saregama have been removed on expiry of the license. The Court disposed of the interim application on injunction to the extent that the contents of the music library as licensed to the defendant in which license has expired on 31.03.2021 have been removed by the defendant from its music library. Qua all other submissions that are sought to be made on behalf of the defendant, the Court has directed for response and written submission to be filed within 30 days with the replication being filed by the plaintiff within 30 days thereafter. Read order here.

This is not the first time a music label has sued a short video platform for copyright infringement. Few other such cases include:

The ban of Tik Tok and other 58 Chinese Apps by the Indian Government in 2020 saw a considerable rise in its Indian alternatives. Tik Tok did not become one of the leading User Generated Content (UGC) platforms overnight. Brand collaborations, content licensing deals (though selective in Tik Tok’s case), influencer tie ups and huge back up on investments were some of the factors for its success. However, once Tik Tok was banned, it did not take much time for its alternatives to come into the market. One key ingredient in the rise of these Tik Tok alternatives has been the intermediary liability safeguards provided under Section 79 of the Information Technology Act, 2000 (“IT Act”).

Who is an “intermediary” under the IT Act?

What does Section 79 of the Information Technology Act, 2000 provide?

Section 79 of the IT Act provides for exemption from liability of intermediaries in certain cases. It essentially is a shield for intermediaries where the function of the intermediary is limited to providing access to a communication system over which information made available by third parties is transmitted or temporarily stored or hosted or the intermediary does not– (i) initiate the transmission, (ii) select the receiver of the transmission, and (iii) select or modify the information contained in the transmission; The Section further requires the intermediary to observe due diligence while discharging its duties under the IT Act and also observes such other guidelines as the Central Government may prescribe in this behalf which as on date is the Intermediary Guidelines of 2011.

The relevant portion for the purpose of this Article lies in Section 79(3) which provides that the exemptions under Section 79(1) shall not apply in two scenarios:

(a) if the intermediary has conspired or abetted or aided or induced, whether by threats or promise or otherwise in the commission of the unlawful act;

(b) upon receiving actual knowledge, or on being notified by the appropriate Government or its agency that any information, data or communication link residing in or connected to a computer resource controlled by the intermediary is being used to commit the unlawful act, the intermediary fails to expeditiously remove or disable access to that material on that resource without vitiating the evidence in any manner.

Provided further that if any such information is hosted, stored or published, the intermediary shall remove or disable access to that information, as early as possible, but in no case later than thirty-six hours from the receipt of the court order or on being notified by the Appropriate Government or its agency, as the case may be:

Provided also that the removal or disabling of access to any information, data or communication link within the categories of information specified under this clause, under clause (b) on voluntary basis, or on the basis of grievances received under sub-rule (2) by such intermediary, shall not amount to a violation of the conditions of clauses (a) or (b) of sub-section (2) of section 79 of the Act”;

The erstwhile Rule 3(4) of the Intermediary Guidelines, 2011 stipulated that intermediaries shall disable any information which is in contrary to Rule 3(2) within thirty-six hours after obtaining knowledge by itself or after communication of actual knowledge by an aggrieved person in writing.

The Supreme Court clarified the stance of intermediaries in light of Rule 3(4) in the landmark case of  Shreya Singhal vs Union of India . The Apex Court ruled that intermediaries are under compulsion to remove such content from their portal pursuant to appropriate order of a Court or upon being notified by the appropriate government or its concerned agency.

However, this rule witnessed an exception in Myspace Inc. v. Super Cassettes Industries Ltd (2016), whereby the Delhi High Court eased this requirement for instances of copyright infringement. The Delhi High Court held that receiving specific knowledge of the infringing works from the content owner in a manner provided by intermediary will suffice the requirement of actual knowledge and would negate the necessity of a Court order. Upon harmonizing safe harbour provisions provided under section 79 and 81 of the IT Act, with Section 51 of the Copyright Act, the Delhi High Court in the case of My Space v Super Cassettes, held that provision of a notice for take down using the specified procedure provided by the hosting website as encapsulated by Section 51, would be sufficient to establish actual knowledge.

How does this impact the music industry?

As per the Indian Music Industry  study titled “A Case Study For Free Market Economics In The Indian Recorded Music Industry”, potential revenue loss is between Rs.506 cr. and Rs.700 cr. due to value gap as a result of intermediary liability provisions and a further, revenue loss of Rs. 361 cr. to Rs. 500 cr.  Is attributable to digital music piracy as well as unauthorised content on short form UGC apps.

The study further states “Intermediaries, especially, short-video user generated content (UGC) platforms like Likee, which predominantly rely on music to create content and keep users engaged, have proliferated in the digital market. Further, various social media platforms such as Facebook and Instagram, have introduced similar features which allow their users to generate short-form video content to post on their platforms. Technology companies that own such intermediaries or platforms which run on the back of the recorded music industry’s output, enjoy high valuations and investment flows into their platforms. On the other hand, the Indian recorded music industry has been affected adversely. These online intermediaries engaged in hosting user generated content have been reported to monetise the services through utilising user data and generating advertising revenues at the cost of unauthorised use of copyrighted works. Moreover, under the existing legal framework, short form video platforms shield themselves using Section 79 of the IT Act, 2000, and are therefore not held liable for unauthorised content uploaded on their platform, therefore, resulting in a revenue loss between `145 cr. to `200 cr.²³ annually to the recorded music industry”.

“The issue of Intermediary liability must be resolved. Content creators across the media and entertainment world were deprived of valuable revenues as social media platforms have been taking refuge under the Intermediary Liability Cause (s. 79) of the Information Technology Act, 2000. No more. Social media platforms generate revenues through advertising based on the content created by others – newspapers, think tanks, television networks, OTT platforms, movie studios and record labels.

It is necessary to bridge the value gap – the difference between revenues generated by the platforms and revenues accruing rightfully to the content creators. Taking refuge under the intermediary liability clause is a triple whammy to the Indian economy:

(i) Taxes paid by the social media platforms are negligible

(iii)The value gap also impacts employment generation in the media and entertainment sector, when lower revenues limits hiring. It also demolishes the revenue-share model where the creative individual, like a writer, shares revenue with the content company.”

The recent cases filed by music labels against short video format platforms has given rise to many questions which probably were not prevalent at the time the MySpace judgement was argued. Different platforms have different functionalities ranging from music library feature, sharing of videos, download features, extraction tools among other features. It is publicly known fact that most of the content platforms like Facebook, YouTube have acquired valid licenses from content owners and also provide the owners of copyright with prevention tools such as Content ID system, fingerprinting system, etc. It is interesting to note that some platforms choose to procure licenses from select content owners while at the same time declare themselves as intermediaries qua others, thus approbating and reprobating at the same time.

It is surprising to note that copyright societies like IPRS have not yet enforced their rights against short video format platforms for claiming royalties for its members.

Most of the short video platforms which started out small are now receiving billions of dollars of foreign investments due to their increased valuation. It is high time that the policy makers take note of the wilful blindness showcased by some of them and relook at the safeguards in light of businesses being built around the said safeguards. 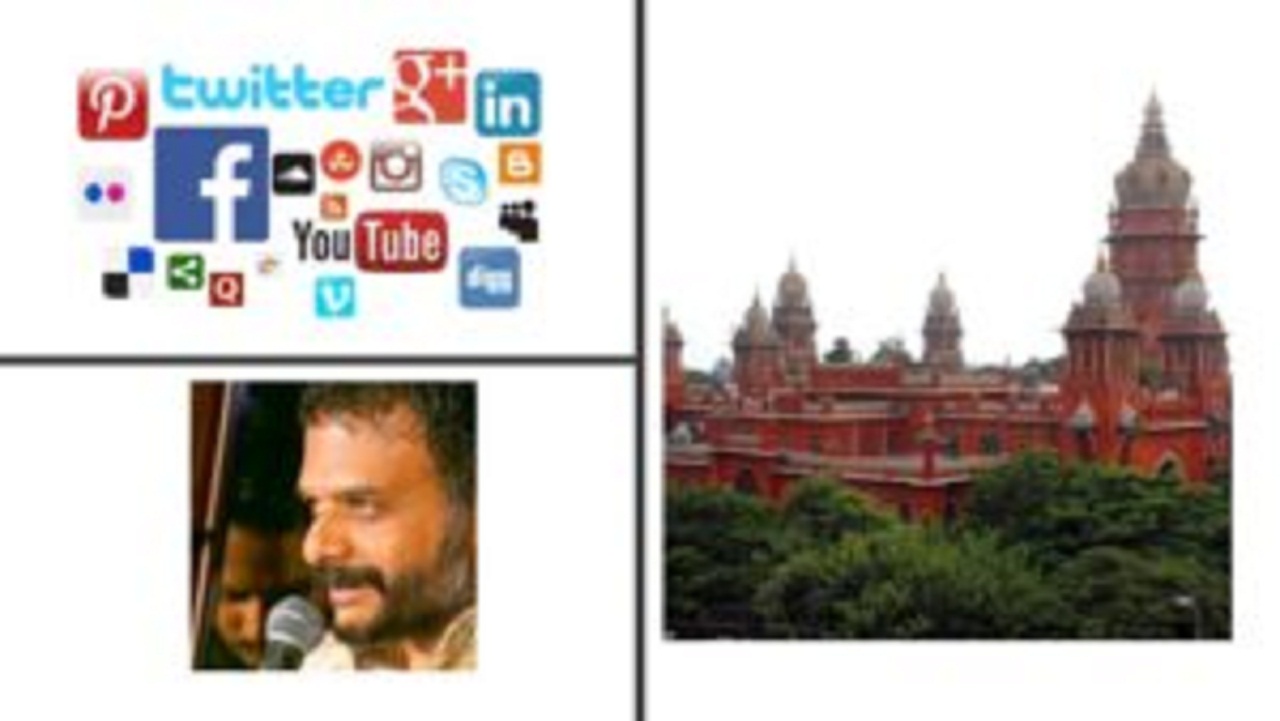