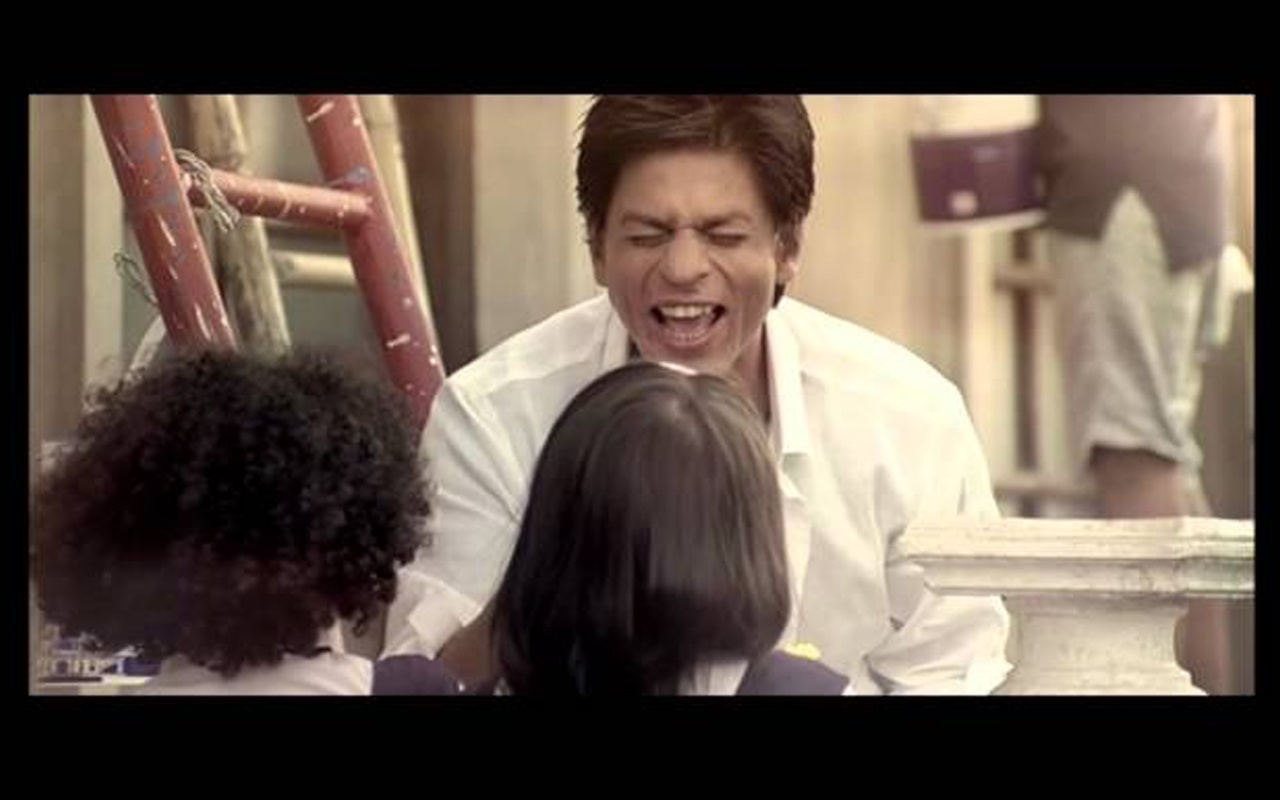 Living in India, we have grown up dancing to famous Bollywood numbers. Not only do we ace Antakshri by singing Hindi songs, Bollywood music is an integral part of everyday lives. Such is the impact that we simply can't snap out of them!

However, it isn't just Bollywood that's producing catchy, melodious tunes. To give credit where it's due, the advertising world has also been coming up with some truly original tunes. And some of these can surely find a place in our playlists.

Be it Airtel's signature tune or Vodafone's You and I, we've all loved these tunes, ever since they first aired on TV. Don't we all still remember our favourite advertising jingles?

Check out these wonderful renditions from the world of advertising.

Remember the combination of charming SRK, effervescent Rani, eccentric Shahid and vivacious Kajol dancing on the top of a bus?

Striking the right chord with today's youth by depicting their social life during college days, Airtel made a friendship anthem for all of us.

Saif, Kareena and Sarah Jane Dias came together for this adorable story of a man on a mission to find his lost friend. We loved the background score, Dil Titli Sa, because it blended so well with the story.

If there has been one tune that's been synonymous with cellphones for many years, it is Airtel's instrumental tune composed by A.R. Rahman.

Mugha Godse featured in this ad and believe it or not, we love this jingle for its nasal twang.

The campaign might not have been a hit for the viewers but the song did catch on. Over the years, Pepsi did a lot of 'Oye Bubbly' commercials with Amitabh Bachchan, Shah Rukh Khan, Kareena Kapoor and Priyanka Chopra among others.

You and I in this beautiful world! Just the lyrics are enough to transport us into a world of bliss, right?

Post this ad, there was a massive jump in the number of pugs being adopted across India. While the dog in the ad is undoubtedly adorable, you can't not love the background score either. It reminds us that there is always somebody around, ready to help, without any demands.

We can never forget this song! It made us miss that old friend who use to do all the little things for us. Friendship anthem and how!

Remember, Kuch yaadein aur sapne chura lo na? Limca brought this refreshing number that made us realise the importance of having fun in life.

This is the jingle we listen to when we are dealing with self-esteem issues. As a cheerful number, it makes us feel good about our ourselves, no matter what the phase of life.

Ponds came up with many ads with the Googly Woogly Woosh song and each song had an adorable theme attached to it.

We really liked this version of the Mohammad Rafi number. It was tailor-made for Generation X and the fact that it starred Alia and Siddharth, two of modern day's most brightest stars, only made its connect further impactful.

This ad doesn't have a jingle but the background score guiding this evolutionary ad is so quirky, it doesn't easily snap out of the mind.

Pepsi came with a plethora of new ads around 1991 and Ye Pyaas Hai Basi caught on with people and how. Brownie points for SRK's dance too!

We loved the vibe that this song generated by blending India's culture with it.

This is a recent rendition of the old Amul track by Sunidhi Chauhan. Need we say more?

This was the first ad that made us believe in the power of white revolution. While there were many ads that were equally good, this one portrayed an entire story in one song.

Hero went for a transformation by separating from Hero Honda and they brought AR Rahman on board for this. It is an inspirational song to say the least.

It's SRK and his energy. Of course, we needed someone like him to match to the colourful tune of the song. There have been many versions to the song but we liked this one the best.

Goafest 2020: The jury for The Red Abby unveiled